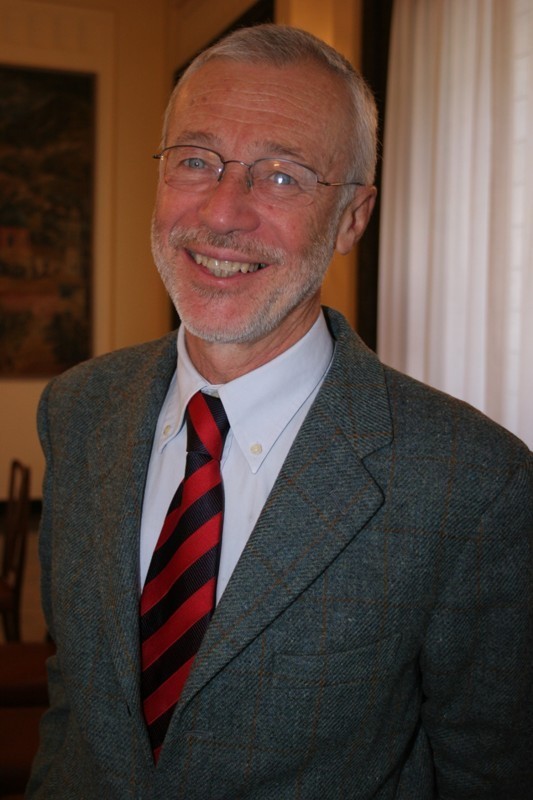 It is with great sadness that we inform the pediatric oncology community that Tino Carli passed away on 23 March.

Modesto Ottaviano Carli was born on July 1941 in Asiago, a small town on the mountains of the Veneto Region in the northeast of Italy. Asiago always remained in his heart as his hometown and a special place where he could ski, do long walks, and meet old friends.
Modesto’s father was an engineer and fought in the “Resistance” against fascism during the second world war. He was killed when Modesto was 4 years old. After the war, his mother became a member of the Italian Parliament. She raised Modesto, and his brother Alessandro, with a positive attitude towards life despite the suffering the family had gone through.

Modesto moved to Padova, where he studied, graduated in medicine in 1968, and became a pediatrician in 1970. He had a successful academic career, becoming a full professor in 2002 and Director of the Pediatric Hematology-Oncology Division of Padova in 2005. In Padova, he also met his beloved wife Bianca (Biki).

As a young doctor, he went to Paris (at the Institut Gustave Roussy under Dr. Schweisguth, 1973 and 1975) and the USA (St Jude Children’s Research Hospital, 1977). In Paris, he heard children’s voices and crying coming from a hidden ward, he entered and discovered that leukemia was only one of the malignancies that killed children in those times. From that moment he devoted his life to care for children with solid tumors and to research into new treatments. Right from the beginning, he believed in team working and promoted national and international collaboration. In 1979 he launched the first Italian protocol for children with rhabdomyosarcoma and founded the Italian Cooperative Group with the support of Vito Ninfo, Guido Sotti and Maurizio Guglielmi (all pioneers in pathology, pediatric radiotherapy and surgery). Since then, every year, all Italian pediatric oncology working groups have gathered in Padova once a year to discuss, present ideas, and share information and friendship.

In the eighties, he started to collaborate with other cooperative Groups in Europe (as a good friend of Jorn Treuner, Francoise Flamant, and later Odile Oberlin, Michael Stevens, Ewa Koscielniak) and the Intergroup Rhabdomyosarcoma Study group (and later COG) in the United States (Harold Maurer, Beverly Raney, Jim Anderson, and Doug Hawkins among others). Money to support networking activity and travelling was always limited, so we often shared hotel rooms and “networking” dinners were in our private houses thanks to the help of our wives (luckily everyone was happy to come to Padova).

He was at the core of the formation and funding of the European paediatric Soft tissue Study Group (EpSSG), and he was designated as its first Chair when the EpSSG Association was formally established on the 7th December 2011 at Palazzo del Bo’, the historical site of the University of Padova.

He was elected president of the Associazione Italiana di Oncologia Pediatrica (AIOP) in 1994. He was a strong supporter of SIOP, presenting at many meetings, and proud to have been the organizer of the XVII SIOP Annual meeting in Venice, in the memorable Scuola Grande di San Rocco. Tino loved remembering these pioneering times: he had to clean the meeting room by himself the day before the Congress to save money.

With all the ups and downs of human life, Tino was a happy pediatric oncologist. He was happy in his job and proud of what he knew and achieved in the service of children and their families. Away from work, he enjoyed being active: racing on his beloved bicycle, skiing, and walking in the mountains. He was proud of the success of his ever welcoming family, from his wife Biki who sadly pre deceased him, to the children Giovanni, Chiara and Paolo, and his grandsons.

When someone is happy in life, they give more freely to others. This is what Tino did with his patients and their families, his friends and his colleagues. His generosity and collaborative spirit is the legacy he leaves for us all.